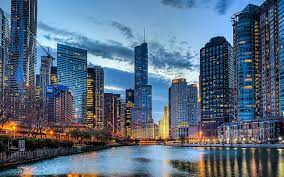 Its impact on health care costs has been, and remains to this day, absolutely enormous. When health insurance for individuals and families emerged as a means for corporations to escape wage freezes and to attract and retain employees after World War II, almost overnight a great pool of money became available to pay for health care. Money, as a result of the availability of billions of dollars from health insurance pools, encouraged an innovative America to increase medical research efforts. More Americans became insured not only through private, employer sponsored health insurance but through increased government funding that created Medicare and Medicaid (1965). In addition funding became available for expanded veterans health care benefits. Finding a cure for almost anything has consequently become very lucrative. This is also the primary reason for the vast array of treatments we have available today.

I do not wish to convey that medical innovations are a bad thing. Think of the tens of millions of lives that have been saved, extended, enhanced and made more productive as a result. But with a funding source grown to its current magnitude (hundreds of billions of dollars annually) upward pressure on health care costs are inevitable. Doctor’s offer and most of us demand and get access to the latest available health care technology in the form of pharmaceuticals, medical devices, diagnostic tools and surgical procedures. So the result is that there is more health care to spend our money on and until very recently most of us were insured and the costs were largely covered by a third-party (government, employers). Add an insatiable and unrealistic public demand for access and treatment and we have the “perfect storm” for higher and higher health care costs. And by and large the storm is only intensifying.

Is the current trajectory of U.S. health care spending sustainable?

At this point, let’s turn to the key questions that will lead us into a review and hopefully a better understanding of the health care reform proposals in the news today. Is the current trajectory of U.S. health care spending sustainable? Can America maintain its world competitiveness when 16%, heading for 20% of our gross national product is being spent on health care? What are the other industrialized countries spending on health care and is it even close to these numbers? When we add politics and an election year to the debate, information to help us answer these questions become critical. We need to spend some effort in understanding health care and sorting out how we think about it. Properly armed we can more intelligently determine whether certain health care proposals might solve or worsen some of these problems. What can be done about the challenges? How can we as individuals contribute to the solutions?

The Obama health care plan is complex for sure – I have never seen a health care plan that isn’t. But through a variety of programs his plan attempts to deal with a) increasing the number of American that are covered by adequate insurance (almost 50 million are not), and b) managing costs in such a manner that quality and our access to health care is not adversely affected. Republicans seek to achieve these same basic and broad goals, but their approach is proposed as being more market driven than government driven. Let’s look at what the Obama plan does to accomplish the two objectives above. Remember, by the way, that his plan was passed by congress, and begins to seriously kick-in starting in 2014. So this is the direction we are currently taking as we attempt to reform health care.

Why are Americans so worked up about health care reform?

Health Care Reform – Why Are People So Worked Up?