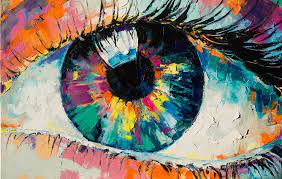 Recently a Christie’s art sale became the highest auction in history. The sale included works by Jackson Pollock, Roy Lichtenstein and Jean-Michel Basquiat, among others and in total generated $495 million. The sale established 16 new world auction records, with nine works selling for more than $10m (£6.6m) and 23 for more than $5m (£3.2m). Christie’s said the record breaking sales reflected “a new era in the art market”.

Lichtenstein’s Woman with Flowered Hat sold for $56.1 million, while another Basquiat work, Dustheads (top of article), went for $48.8 million.

All three works set the highest prices ever fetched for the artists at auction. Christie’s described the $495,021,500 total – which included commissions – as “staggering”. Only four of the 70 lots on offer went unsold.

In addition, a 1968 oil painting by Gerhard Richter has set a new record for the highest auction price achieved by a living artist. Richter’s photo-painting Domplatz, Mailand (Cathedral Square, Milan) sold for $37.1 million (£24.4 million). Sotheby’s described Domplatz, Mailand, which depicts a cityscape painted in a style that suggests a blurred photograph, as a “masterpiece of 20th Century art” and the “epitome” of the artist’s 1960s photo-painting canon. Don Bryant, founder of Napa Valley’s Bryant Family Vineyard and the painting’s new owner, said the work “just knocks me over”.

When I came across this article I was stunned at the prices these artworks were able to obtain. Several of them would hardly evoke a positive emotional response in me, while others might only slightly, but for almost all of them I really don’t understand how their prices are reflected in the work, and vice versa. Obviously, these pieces were not intended for people like me, an artist, while wealthy patrons certainly see their intrinsic artistic value clearly.

So why doesn’t music attract these kinds of prices? Is it even possible for a piece of recorded music, not music memorabilia or a music artifact (such as a rare record, LP, bootleg, T-shirt, album artwork, etc.), to be worth $1 million or more? Are all musicians and music composers doomed to struggle in the music industry and claw their way up into a career in music? If one painting can be valued at $1 million, why can’t a song or piece of music also be valued similarly? Apparently, the $.99 per download price is the highest price a song is able to command at market value, no matter what its quality or content, and the musician or composer must accept this value as such.

Sometimes people say that a song can change the world, but no one ever says that about paintings. So theoretically, if people want change $.99 is the price we must pay for it.

Now here are a few statements that should help us clarify what the monetary or value discrepancy between painting and music is based upon.

(1) There are fewer painters than there are musicians.

(2) Musicians are less talented than painters?

(3) It is easier to create music than it is to paint.

(5) Paintings are more beautiful than music.

(6) Paintings are impossible to copy unlike music.