Home » The Art and Beauty of Becoming 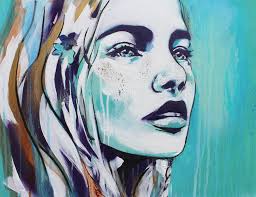 The world is your oyster and the pearl is your lifestyle. This famous phrase simply reiterates the fact that you are capable of becoming what it is you put your efforts in to and the magnitude of your accomplishments determines the life you experience. he most puzzling part of the entire enigma is not propensity of the action of becoming but rather the belief of manifestation. The doubt in the fruition of the action and the fear of the repercussions of becoming, scare the living daylights out of us such that some people actually live life with the absence of ever experiencing it.

Show me one person who became successful and well accomplished without deep thought and planning and I will show you a failure. A failure by the way is not always the person who is miserable or who is broke or depressed, a failure is one who simply does not know the difference between giving up and pursuing. A failure is one who does not know the difference between apparent success and real success. For, one could be winning for now and the very act of winning causes his loss and on the other hand one could be failing or losing currently become a winner in the long term. A failure would not know the difference. So failure of becoming is not a birth right or a lifestyle, but rather a phase that we experience through the actions we choose. I do not believe people are failures. I do not believe that people are incapable of success, but I do believe that our actions facilitate failure and our actions determine the rate and magnitude of our success… So the moral and my drive for writing this article is not to undermine anyone but to shed light and hopefully help me in comprehending my failing thoughts and consequently my failing actions. It is during instances like these that my economics class comes in handy. I don’t look at failure as failure per say but rather as an opportunity cost whereby I underwent something else, to get a greater gain and the price i paid being the lesson i earned where as the opportunity is the experience such that i will not repeat the same mistake from ‘experience’.

So becoming as earlier defined, is the art and science of mastery of the very service, art or profession you desire. It is, first, the concentration of every neuron of the mind to strategically create and accomplish a mission and then using the very board plan or mind map created to execute the actions desired. To become has four phases to it. There is the initial thought, then the plan,then the execution and finally the response. The thought is the initial stage and this dictates the direction of how your desire unfolds. At this stage, the idea is fresh and being pondered for reality and creativity. The major debate here is whether one should pursue the idea or give up.The second phase is the plan of how one will execute the idea. This is the point where predictions of pitfalls are made and back-up plans in-case anything goes wrong prior to phase three. The third phase being the execution phase then follows the plan or mind map laid out in phase two while data is being kept of all occurrences for future manipulation of the second phase plan for optimization. Finally, the response phase is used to determine if the actual phase one two and three were successful. I would want to believe that most businesses operate using these phases. In today’s’ world becoming it is not about who works the hardest, but rather, who plans the best. Of what use is it if you work so many hours when you have no way of measuring or tracking down your efforts? What use is it when you don’t know how far or near you are from your goals of becoming? So for future reference remember that if there is an action, then there is a reaction or a response and most responses can be measured and if it can be measured, then it can be perfected.