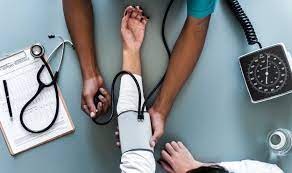 Then there’s a whole ton of new health care reform taxes that have been added into the system to help pay for ObamaCare. That means everybody who has a health insurance plan, whether it’s in a large group, a small group, or just as an individual, is going to be taxed in order to pay for the cost of reform. Health care reform adds various taxes on health care that insurance companies will have to collect and pay, but they’re just going to pass it right through to us, the consumer.

Health Care Reform’s Purpose Is Just A Matter Of Semantics

The last portion of this is, one of the key things – and it’s funny, I saw it for the first two years, 2010, and ’11 – one of the key things that was listed in the documentation from the Obama administration was: Health Care Reform would help reduce the cost that we would see in the future if we do nothing today. That was emphasized over and over again. That was how they presented health care cost reduction, that it would reduce the future costs. Not today, but it would reduce what we would pay in the future if we did nothing about it now.

Those three myths, that health care reform is only going to affect the uninsured, that it won’t affect Medicare beneficiaries, and that ObamaCare is going to reduce healthcare costs, are just that. They are myths. There’s nothing to them.

It’s really important that you pay attention to what’s happening with health care reform, because there are more changes that are coming as we go through this year, 2013. Knowing how to position yourself so that you’re in the right spot to be able to make the best decision at the beginning of 2014 is going to be really important for everybody.

Why are Americans so worked up about health care reform?