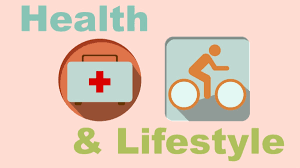 The last one, and probably the biggest myth about health care reform, is everybody thinking that ObamaCare will reduce healthcare costs. That’s completely hogwash. Early on in the process, when they were trying to come up with the rules and regulations, the emphasis and one of the goals for reform was to reduce healthcare costs.

A lot of people hope, “The subsidies are going to make health insurance plans more affordable, won’t they?” Yes, in some cases the subsidies will help to make the plans affordable for people. But if you make $1 too much, the affordable plans are suddenly going to become very expensive and can cost thousands of dollars more over the course of a year. Will a subsidy make it affordable or not affordable is really subject to debate at this point in time. We’re going to have to actually see what the rates look like for these plans.

The problem with this is, many times one writer looked at the regulation, and wrote a piece about it. Then other writers start using pieces from that first article and rewriting parts to fit their article. By the time the information gets widely distributed, the actual regulations and rules get twisted and distorted, and what actually shows up in the media sometimes just doesn’t truly represent the reality of what the regulations say.

There’s a lot of misunderstanding about what is going on with ObamaCare, and one of the things that I’ve noticed in discussions with clients, is that there’s an underlying set of myths that people have picked up about health care reform that just aren’t true. But because of all they’ve heard in the media, people believe these myths are actually true.

Today we’re going to talk about three myths I hear most commonly. Not everybody believes these myths, but enough do, and others are unsure what to believe, so it warrants dispelling these myths now.

Let’s look at the first myth about health care reform only affecting uninsured people. In a lot of the discussions I have with clients, there are several expressions they use: “I already have coverage, so I won’t be affected by ObamaCare,” or “I’ll just keep my grandfathered health insurance plan,” and the last one – and this one I can give them a little bit of leeway, because part of what they’re saying is true — is “I have group health insurance, so I won’t be affected by health care reform.”

Well, the reality is that health care reform is actually going to affect everybody. Starting in 2014, we’re going to have a whole new set of health plans, and those plans have very rich benefits with lots of extra features that the existing plans today don’t offer. So these new plans are going to be higher cost.