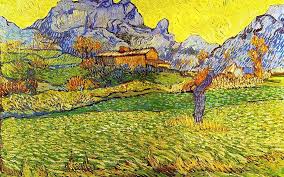 We all enjoy and desire a pleasant conversation with our associates, friends and family. But when we look, and inspect our environment, we notice that the great majority of our population, have difficulty with communication. A two way communication takes place, when we can freely initiate our thoughts or ideas to one another, acknowledge each other and continue this interaction, back and forth, by continuing with the sharing of our thoughts and ideas, very much similar to a friendly game of tennis; where the return of the ball, is dependent upon the quality of the serve.

There are times when we notice a break in communication, when either one of the parties, in its turn, fails to acknowledge and originate a thought or an impulse back, to continue with the conversation, or to bring about an optimum conclusion.

The people having these difficulties with origination, are generally accustomed to prepackaged amusements, such as a weather disaster, or an incident or story relayed by a coworker. They get very low on originating communication on their own, inspired by their own imagination; and they become somewhat vexed, when faced with an “imaginative conversationalist.” This is either through their upbringing and cultural environment, or their education.

Origination is very important to bring about a communication. To this degree, these people communicate mainly regarding subjects that are handed to them by external sources. They see a news story, they talk about it; they get a call about a family affair, they talk about it. They wait for an exterior circumstance to bring about an interaction, otherwise they do not engage by “creating” a communication. They either have a compulsively irresistible urge toward doing something, or inhibited and behave awkward and unnatural in communicating. If they manage to engage, they often turn sharply, towards derailment of the dialogue, and bring about a good degree of resentment, ill will and unwanted conclusions.

The people who do not originate, or do not engage imaginatively, are inherently dependent upon others to give them primal reasons to engage in a conversation; this is due to being endowed with very little imagination. As a result, we can conclude, that a pleasant and engaging conversation, requires the participation of two imaginative minds, with similar endowment of creative impulses, to mutually create the art of communication.

The field of visual arts, follows the same principles, as art is a form of visual communication. The artist originates his communication as s visual message, through the presentation of his art, to his audience. The quality, and the presence of this initiative that he forwards in his art, forms the visual message, that he delivers to his audience; the quality of which, determine the response of his audience, to whether engage or not. Hence, arts much similar to personal dialogues and conversations, follow the same basic principles of communication, in its success or failure

An artist with low imagination, who does not originate verbally, does not communicate visually either. He originates no visual messages in his art, or when he does, it is so scarcely done, that it stirs up no interaction with his audience. This absence of expression, is mainly due to the artist heavy reliance upon the origination of the audience – as an external force – to brings about a communication, in the direction of his art, which is “silent.” Thus, no emotional interaction takes place between the audience and the painting.

An artist, high on imagination, is more likely to enjoy the virtuosity necessary in the technical execution of his art. Thus, he is competent, to effortlessly and vigorously, create his visual messages on his canvas; bringing about an interaction between the audience and his painting.

The visual message does not have to be the same for every viewer. The message, serves only as a visual or artistic “code,” to be subjectively decoded, by each viewer; much similar to a popular piece of music, that echoes widely by communicating to the listeners – same melodic tone creating a different mood in different listeners.